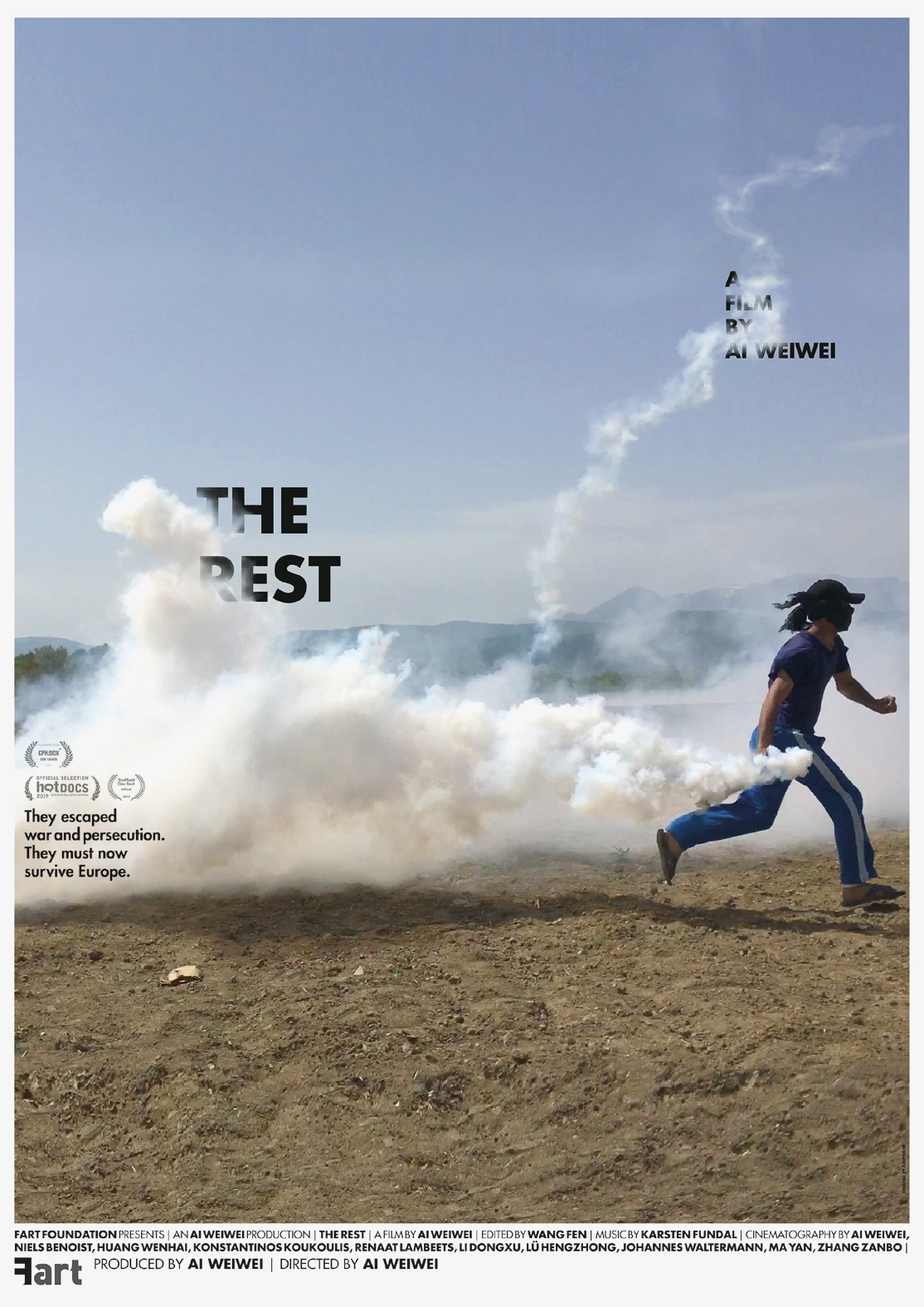 A film poster for The Rest, produced and directed by Ai Weiwei.
The Rest is a documentary on refugees who have arrived in Europe, the world’s bastion of human rights. These refugees fled war and persecution in Afghanistan, Iraq, Syria and other conflict-ridden countries. They sought refuge in France, Italy, Germany, Greece, Sweden and Turkey, but most have not found the safe havens of their dreams. Instead, they now live in limbo within a disintegrating humanitarian aid system, no longer the center of media attention, yet unable to move forward with their lives. They are The Rest.